You are here: Home / Civil Litigation 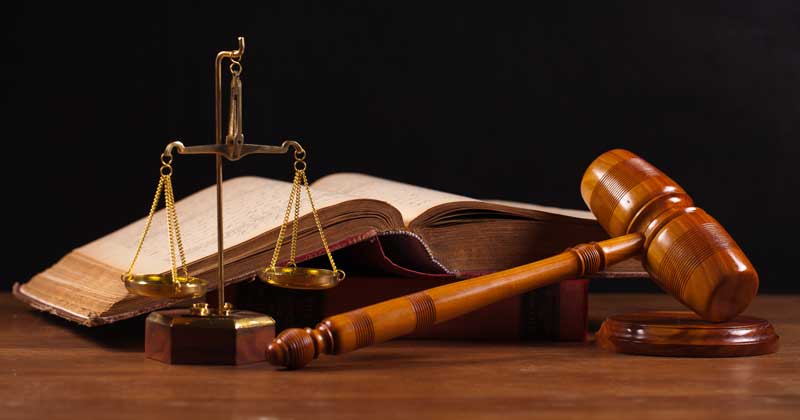 Civil law generally refers to that large area of law governing private relations between individuals and corporations rather than criminal, military, or religious affairs.

Family law is also generally considered to be its own area of law, notwithstanding that it is technically a subset of civil law.

The basis of a civil litigation claim is generally related to a claim for damages by one party or a group of people against another party who, it is alleged, is responsible for the damages of the injured party(ies) due to an intentional act, negligence or the function of law. The intent of a civil law judgment is to, as much as possible, restore the injured party to the position s/he would have been in but for their claim; it is not to give the injured party such a windfall that they are actually better off than s/he would have been if the injury had never happened. Even here, however, there are exceptions as in extraordinary cases, a court may find punitive damages which are intended not to put the injured party back to where s/he or was, but are intended to punish the defendant for unusually malicious and egregious behaviour.

For claims valued at less than $25,000.00, the British Columbia Provincial Court has a small claims division which is generally intended to be accessible by the general public without the assistance of a lawyer. Depending on our situation, you may wish nevertheless to employ a lawyer in a small claims action. The cost of doing so will be entirely your own, however, as you may not claim (legal) costs in a small claims action. See http://www.ag.gov.bc.ca/courts/small_claims/ for an overview of the British Columbia small claims process and other helpful information and forms.

Claims larger than $25,000.00 and claims that are outside the jurisdiction of the British Columbia Provincial Court will be heard in British Columbia Supreme Court. Whether making or defending a claim in British Columbia Supreme Court, you should obtain a lawyer. The process is complex, and proving all of the elements of a claim and the amount of damages can be daunting. Similarly, defending such a claim may require extensive knowledge of the law and the legal process. Unlike Provincial Court, the successful party may obtain an award for costs. That means that the successful plaintiff or defendant may recoup a sum from the other party which is intended to partially reimburse that party for his/her legal costs. Typically, costs are not determined by the actual legal costs, but are calculated on a tariff which generally reflects 40-50 percent of actual legal costs.

Sometimes plaintiffs arrange with their lawyer for the lawyer to be paid on a contingency basis. This generally means that the lawyer will take a significant percentage of the final award or settlement (typically 30%). In addition to this, typically the client will also be required to pay necessary disbursements (everything from filing fees and photocopying to fees for the discovery process) as they are incurred. The benefit of less money up front is obvious, but the end cost to the client can be significantly higher than the hourly fees might have been. Only some lawyers are willing to take civil claim files on a contingency basis, but for the plaintiff who is unable to pay the cost of a civil suit up front, it may be worth seeking out such a lawyer.

Don’t hesitate to contact us, we would be happy to assist you with any Civil Law matters you may be facing.

Disclaimer: Please note that this website provides general legal information only and nothing within it should be considered to be legal advice. You should consult a lawyer to obtain legal advice about your particular legal matter. No solicitor/client relationship is created by using this site.

Get In Touch With Us!

Start your real estate transaction file with us

Get In Touch With Us!